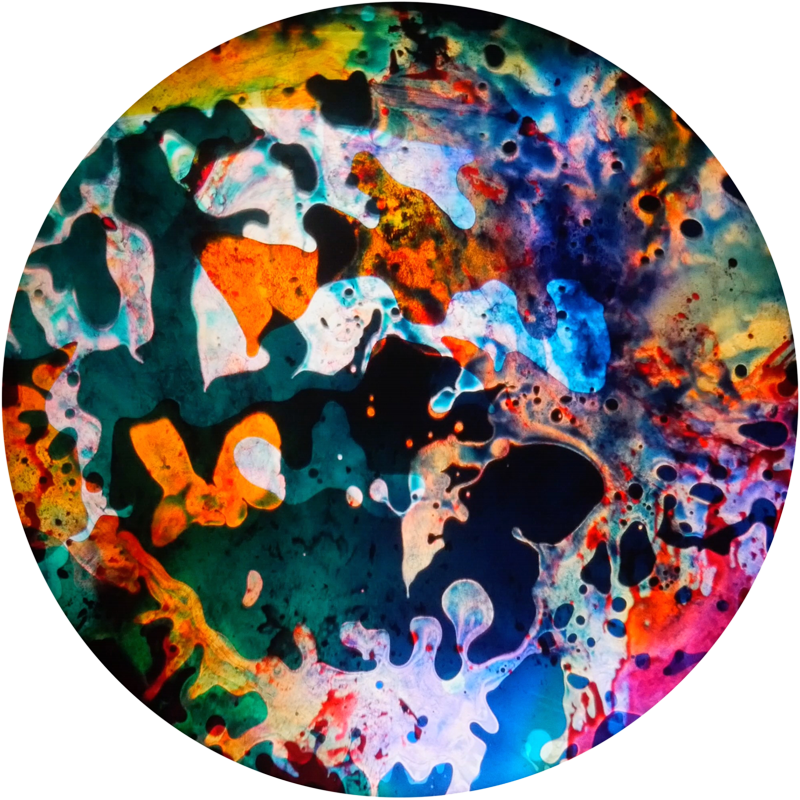 The Art of Liquid Lights !

The Liquid Lightshow is a typical creative product that came out of the Sixties. It is mainly made up from the projection of colored liquids. Slides containing the liquids are heated by the projector’s lamp until they start to expand and bubble, resulting in a constantly moving, abstract tinted image. The Liquid Lightshow became especially popular as a stage background at concerts by bands like Jefferson Airplane, The Doors and most of all Pink Floyd, who employed their own lightshow artists.

The sometimes kaleidoscopic images, seemingly pulsating to the beat of the music, which gave an extra dimension to the perception of their performance. For all kinds of reasons this psychedelic art form fell into oblivion. A good Liquid Lightshow requires an enormous amount of projectors, colored liquids and other equipment. Every slide was handmade on the spot, a very laborious process. Apart from that it was also a volatile / transient art form: the slides could only be used once.

Every show was unique and one of a kind, so that very little has remained. As time went by the knowledge was lost and the lightshow artists retired. The projectors wore out and the necessary spare parts were harder to find. Today there is a new interest in Liquid Lights shows, some old Lightshows are refreshed by young people and are still performing. Also, there are new Liquid Lightshows, often a combination of projectors and computers, old style versus new school. Let there be Light: And there was Liquid Light!

How to make a 60’s Liquid Lightshow?
By Peter van Wijngaarden, founder of the Wonderland Lightshow (Holland1967).